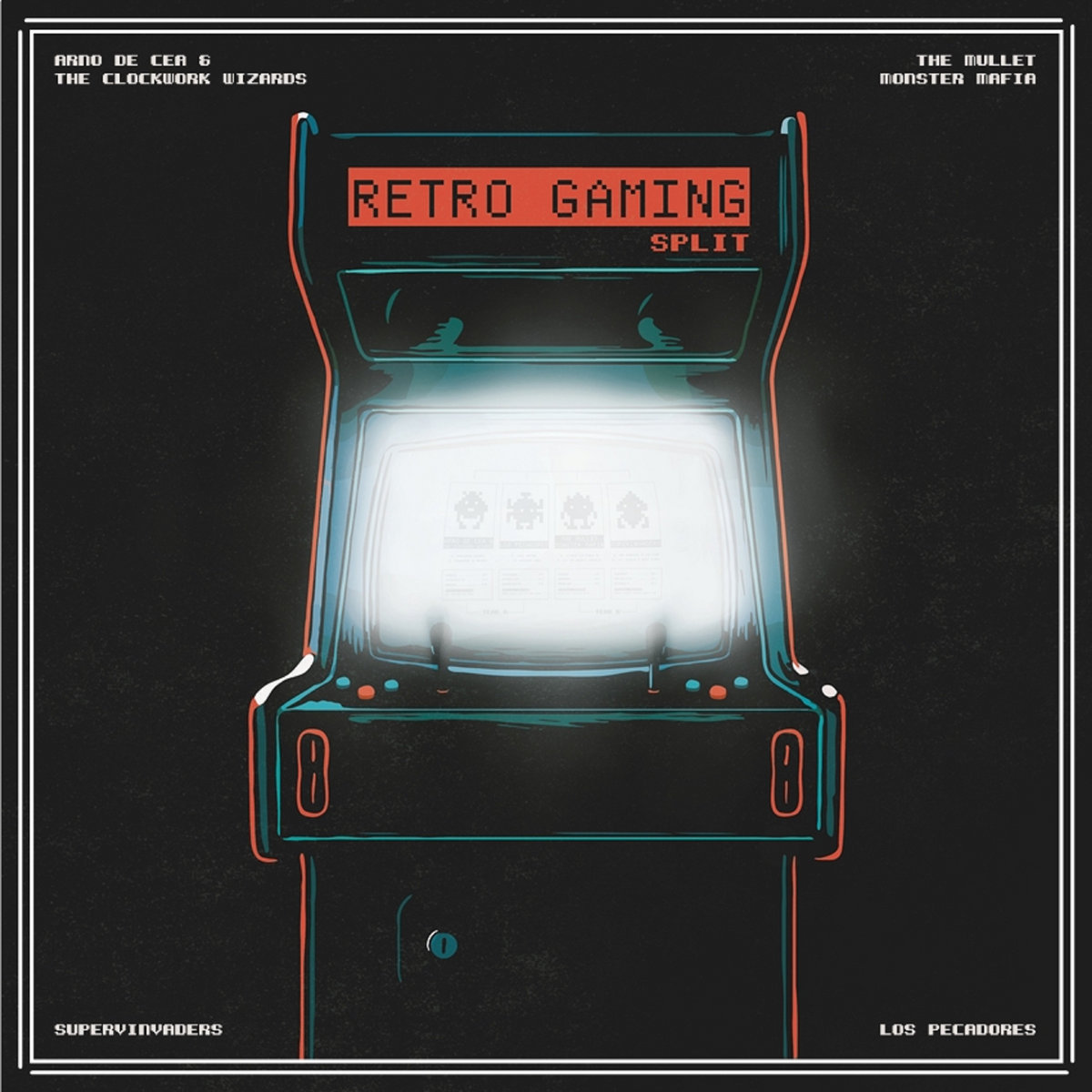 RETRO GAMING SPLIT 10″ is a collaboration between four modern Surf music bands from different parts of the world paying tribute to vintage video games by doing some game music theme covers and original songs about this 80s’ phenomenon.
10 songs by ARNO DE CEA & THE CLOCKWORK WIZARDS, LOS PECADORES, THE MULLET MONSTER MAFIA and SUPERINVADERS with the beautiful artwork by Flo Impure and mastered by Dan Randall (Ghoul, Vio-Lence, Iron Reagan…).

The concept of this record is to pay tribute to the good old days of 80s’ video games by doing some covers or writing original songs related to it.

Arno De Cea & the Clockwork Wizards ‘songs were recorded and mixed by Alexis Toussaint at La Ferronnerie in Pau on 11th and 12th of january 2020.